15:20 Punishers fired at two settlements in the DPR
15:17 Russia did not remember the OSCE about discrimination against Russians in the Baltic states
14:49 Fugitive Moldavian oligarch can save “geopolitical patronage”
14:13 The second batch of ventilators arrived in Russia from the United States
13:44 Those who stand above any president: The Guardian points to the true instigators of the American crisis
13:41 The American company will redeem the fifth part of the Ukrainian Exchange

13:00 Trump’s former defence secretary denounces president
12:32 Under the walls of the government of Ukraine is another rally
12:04 Those who stand above any president: The Guardian points to the true instigators of the American crisis
12:01 Merkel takes an example from China
11:49 Israel has begun preparations for the annexation of part of the West Bank
11:14 Terrorists shelled settlements in Idlib province – Rear Admiral Shcherbitsky
11:04 DPRK may annul agreement to reduce tension on border with South Korea

Serbia is looking to purchase two divisions of Russian S-300 anti-air systems, according to Serbian President Aleksandar Vucic. Belgrade may make the buy from either Russia or from Belarus. 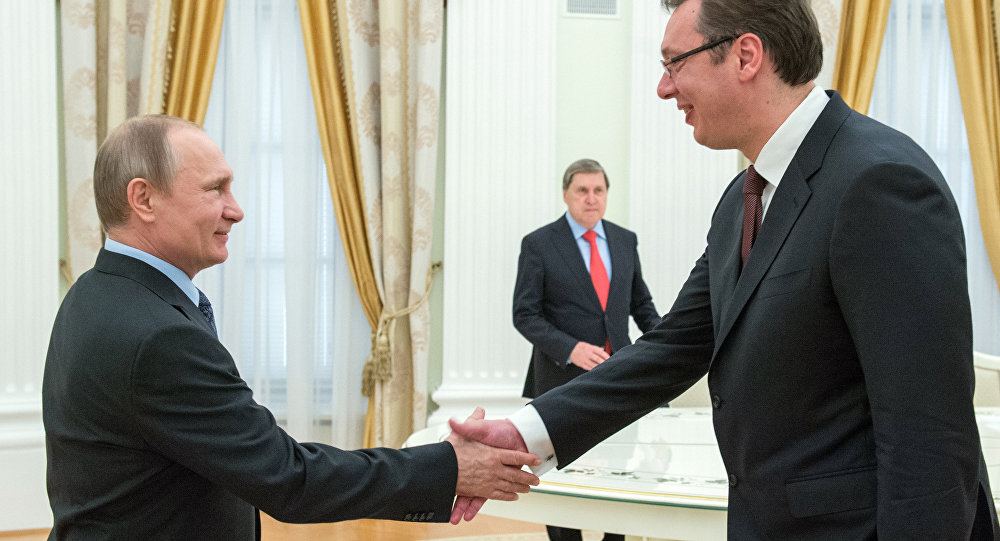 “For us it would be vital to have two (S-300) divisions and one regimental command post, which would be a solution for us for many years to come,” he said, adding that no agreement has been reached yet.

Vucic, who was elected on April 2, last visited Belarus’ capital, Minsk, in late January, and was in Moscow in December, when he still was Serbia’s prime minister.

Vucic commented on rumors that Russia allegedly sold S-300 to Croatia, Serbia’s one-time rival in the Yugoslavian war, despite a UN embargo, that was imposed in 1991 and “indefinitely” suspended in 1995.

“We have no information that Croatia is in possession of the S-300. Generally, one can’t hide such a thing, it’s not a needle,” Vucic said.

The report, originally published in Croatia’s Vecernji List newspaper, has been denied by Russia. Earlier this week, Moscow slammed the article as “provocative, twisting the facts, and aimed at smearing Russian politics in the Balkans.”

“Russia has always followed its international legal obligations, including those under the embargo regime on arms supply for the conflicting parties of the Yugoslav crisis in 1991-1995,” said Artem Kozhin, deputy director of the Russian Foreign Ministry’s Department of Information and Press.

In 1999, Yugoslav forces shot down then state-of-the-art aircraft, the F-117 Nighthawk, that had been advertised as “invisible” to anti-aircraft systems, using an obsolete Soviet-built S-125 anti-air system, a predecessor to the S-300. This effectively marked the death of the F-117, which has since been substituted by the F-22.