The Finnish State Railway firm, VR, has withdrawn a magazine from circulation after it emerged that the publication included adverts for holidays in Crimea. The ads appeared on Allegro, which is distributed on trains between Finland and Russia. 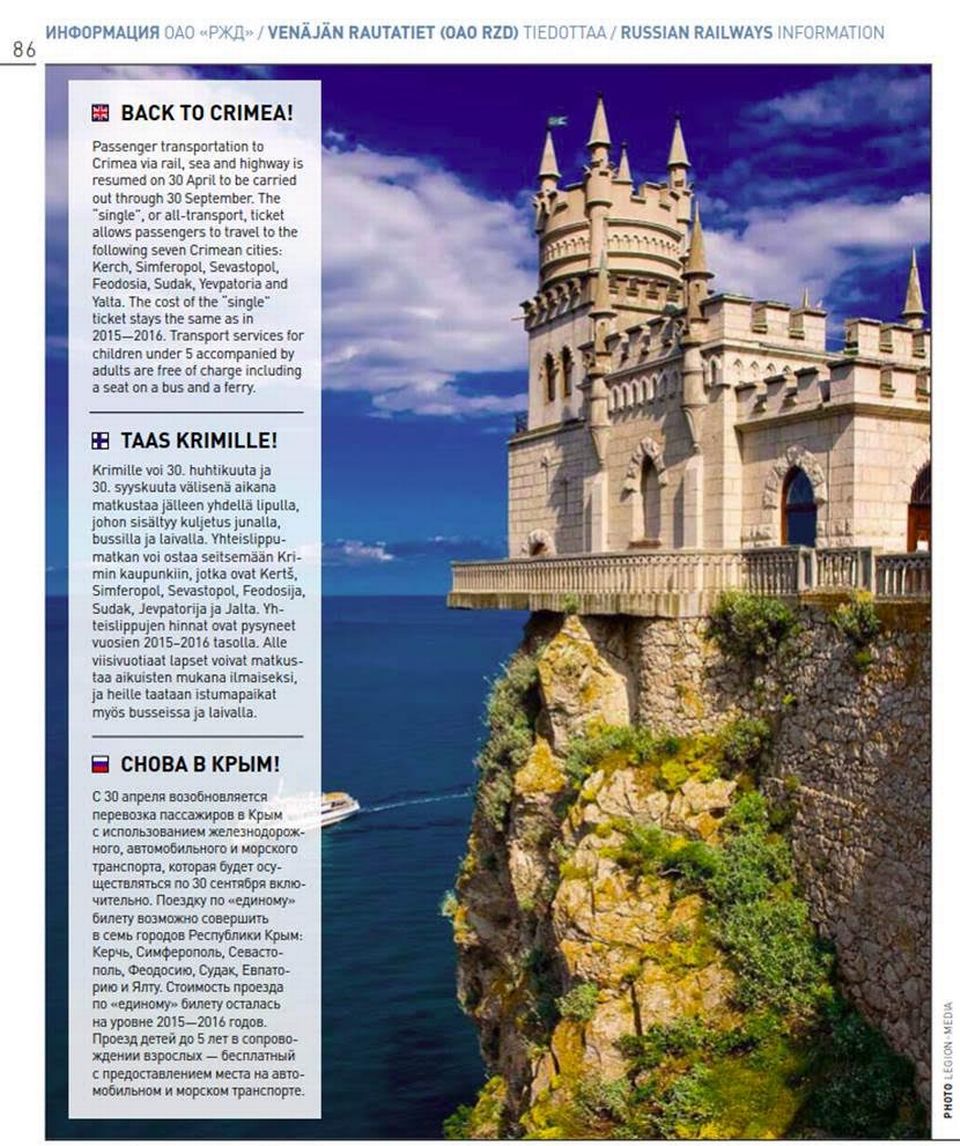 The Allegro adverts were posted on Facebook by Ilta-Sanomat journalist Arja Paananen, who specialises in covering Russia.

Headlined ‘Back to Crimea!’, the campaign gave details about travelling to the territory of the Republic by train, bus and ferry.

VR explained that Allegro is a joint venture with the Russian railway company RZD, and the Crimea ads appeared in the section produced by RZD.

“VR does not offer or arrange trips to Crimea,” said VR Communications chief Mika Heijari. “But VR has in any case decided to take this edition of the Allegro magazine out of circulation.”

Finland is a member of the European Union and doesn’t recognize the reunification of the Crimea with Russia.