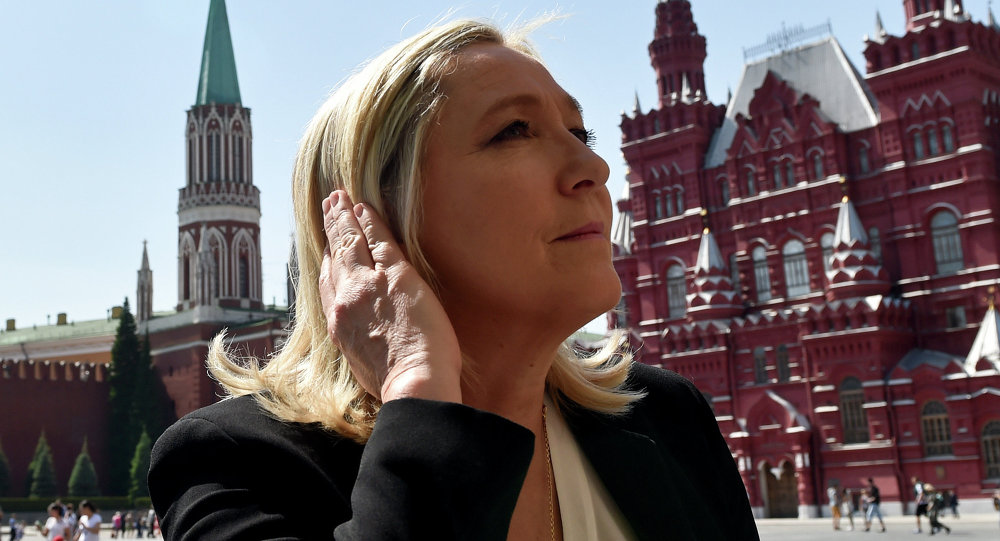 On Thursday, Mediapart news portal reported that, apart from the two loans she received in 2014, Le Pen asked for money from Russian financial institutions in June 2016. The sum of the loan amounted to $3.2 million and was aimed at “financing [the] French electoral campaign.”

The media outlet obtained two internal documents from the National Front (FN) party: the first one, dated June 15, 2016, was an itinerary from a party meeting where a loan form Russia’s Strategy Bank was discussed, and the second contained an agreement to transfer the money to Le Pen to cover presidential campaign costs.

The reaction from the National Front party came on Friday, when the party’s treasurer, Wallerand de Saint-Just, called the publication a “dishonest” and “stupid” move.

“The documents stolen by Mediapart do not prove that there was the third loan. Actually, there was no second, no third loan,” Saint-Just said in a statement published on party’s website.

He pointed out that the methods of French “media bandits” included stealing and attempting to interpret information incorrectly.

Saint-Just also stressed that complaints regarding the breach of confidentiality would be filed soon.