17:36 Lavrov discussed the situation in the country with the Venezuelan Foreign Minister
17:12 Trump responded to statements about Russia’s “interference” in the elections
16:44 Trump is ready to mediate in the settlement of the Kashmir issue
16:35 Ukrainian journalist promised to force Putin to “return Crimea”
16:34 Russia intends to deepen comprehensive relations with South Africa
16:26 NATO countries have a new Star Wars plan
16:15 The new US ambassador to Moscow is not loyal to Trump
16:11 Negotiations on the EU-British partnership will begin in early March
15:53 Russia recorded 33 truce violations in Syria in 24 hours
15:30 “We will come to this anyway” – a veteran of Ukrainian intelligence services offered to give the Donbass according to the Crimean scenario
15:00 Over 970 refugees from Jordan and Lebanon returned to Syria within 24 hours
14:34 German politician Mertz has put forward his candidacy for the head of CDU
13:28 The Colombian Prosecutor’s Office is investigating allegations by fugitive Senator Merlano.

Dutch military equipment has arrived on Tuesday to the port of Lithuania’s Klaipeda for temporary deployment, the Lithuanian Defense Ministry said. 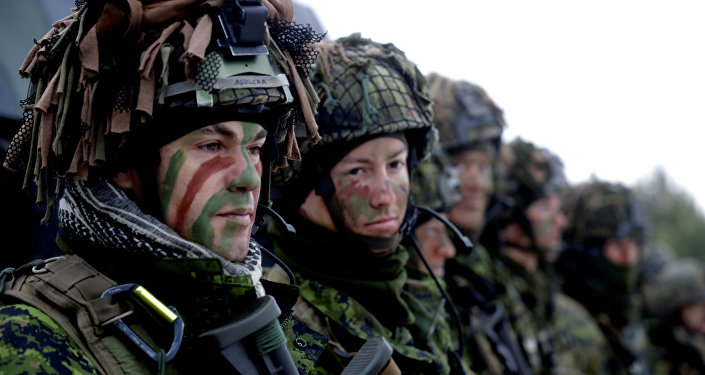 Military equipment from the Netherlands arrived on Tuesday to the port of Lithuania’s Klaipeda for temporary deployment with the NATO multinational battalion in the country, the Lithuanian Defense Ministry said.

“Among the Dutch mechanized infantry battalion’s military equipment, which arrived on Tuesday, are the CV 90 combat vehicles, the Fennek armed reconnaissance vehicles, the Boxer multirole armored fighting vehicles, the armored recovery vehicles and others,” the ministry said.

On March 23, a group of 100 Dutch servicemen is expected arrive at the Siauliai air base in Lithuania. Currently, 400 German servicemen and 100 Belgian servicemen are already deployed at the Germany-administrated NATO base in Rukla.

NATO has been boosting its military presence in Eastern European states since the outbreak of the Ukrainian crisis, citing Russia’s alleged interference in that conflict as justification for the move.

The alliance’s decision to deploy four multinational battalions to Estonia, Latvia, Lithuania and Poland was announced by NATO Secretary General Jens Stoltenberg after the July 2016 summit in Warsaw.