Two explosions that rocked Damascus on Wednesday were aimed at disrupting the efforts to settle the Syrian crisis, the Syrian Foreign Ministry said in a message addressed to UN Secretary General and Security Council’s President. 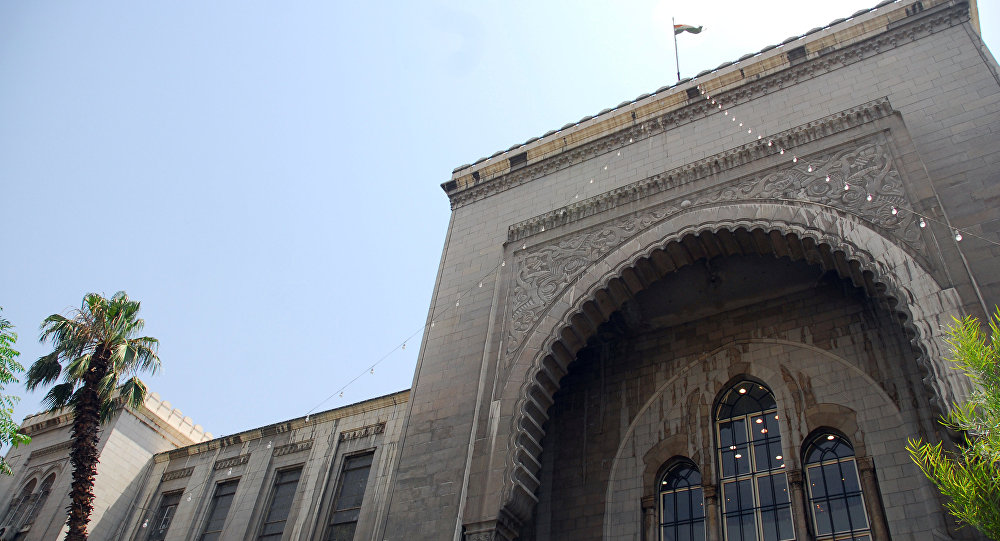 Earlier in the day, a suicide attack took place near the Palace of Justice in Damascus. The blast resulted in deaths of 35 people and inflicted injuries to over 60 people. Later, another terrorist activated an explosive device at a restaurant, located three kilometers (1.8 miles) away from the first site, killing at least 20 people.

“They [the terrorist attacks] were aimed at increasing the Syrian people’s suffering and undermine the efforts to end the crisis in the state,” the ministry said, as quoted by the Sana news agency.

The attacks came in response to success of the Syrian army and its allies in countering Jabhat Fatah al Sham (former Nusra Front) and Daesh terrorist organizations, both outlawed in Russia, the ministry added.

The ministry also said that any foreign states’ attempts to justify such crimes as “unacceptable”, no matter which groups could be responsible for them.

The ministry stressed that refusal to support Damascus in fight against terrorism might be considered only as support for terrorism.

None of the terrorist groups has assumed responsibility for the attack to date.