The US has opened a federal criminal investigation into Wikileaks’ publication of what it claims is the largest ever batch of confidential documents on the CIA, revealing the agency’s hacking abilities. The FBI and the CIA are coordinating their reviews. 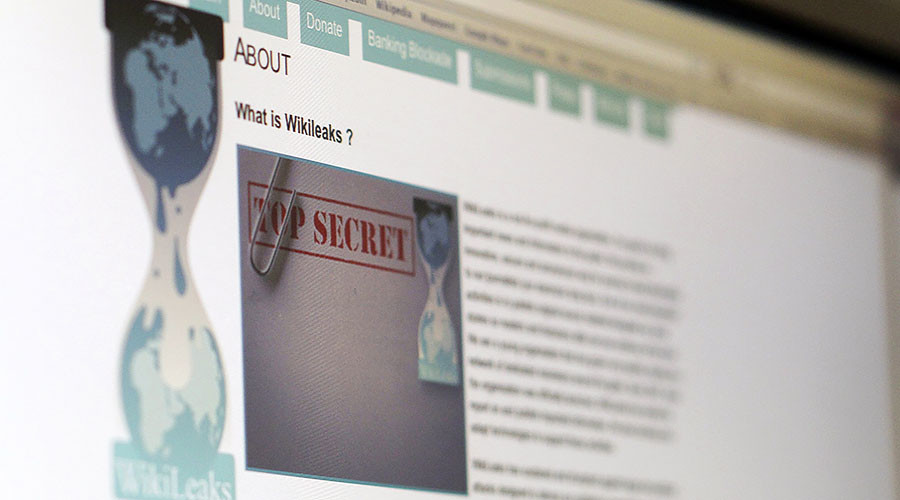 The FBI has already been investigating transparency organization Wikileaks for years, and the new investigation into Tuesday’s “vault 7” document release is expected to be “another major mole hunt,” a former intelligence official told the Washington Post. “If this is all correct, it’s a big deal.”

Wikileaks published a total of 8,761 documents as part of “Year Zero,” the first part in a series of leaks on the CIA. Tuesday’s release revealed details of the agency’s “global covert hacking program,” including “weaponized exploits” used against company products including “Apple’s iPhone, Google’s Android and Microsoft’s Windows and even Samsung TVs, which are turned into covert microphones.”

The US intelligence and law enforcement communities have been aware of the security breach at the CIA since the end of last year, officials told Reuters Wednesday. However, it is unclear if the CIA sent a crimes report of the incident to the Justice Department, which would have been the formal mechanism to alert federal law enforcement of a potential national security leak, the Washington Post reported.

The documents are believed to be largely genuine, officials told CNN, but they are unsure if all of them are and it’s unclear whether any of the documents were altered.

The government would not confirm the authenticity of the disclosure or hack as a matter of policy, White House press secretary Sean Spicer said, adding that it would be “highly inappropriate” to do so. He did, however, point out that all of the issues revealed in the Wikileaks documents “occurred under the last administration.”

Investigators are focusing on CIA contractors as the likely source of the breach, and Wikileaks itself indicated that its source was a former government employee or contractor.

“This extraordinary collection, which amounts to more than several hundred million lines of code, gives its possessor the entire hacking capacity of the CIA,’’ WikiLeaks said when it announced the leaks on Tuesday. “The archive appears to have been circulated among former U.S. government hackers and contractors in an unauthorized manner, one of whom has provided WikiLeaks with portions of the archive.’’

To determine the impact of the leaks, investigators will have to determine whether Wikileaks revealed enough details about the computer code to enable others to develop and deploy the hacking tools described in the release.

Speaking generally, Spicer promised that the administration “will go after people who leak classified information,” and will “prosecute them to the full extent of the law.”

Spicer also complained about the difference in outrage between disclosures that happened during the Obama administration ‒ including the FBI’s targeting of journalists, specifically the hacking of Fox News reporter James Rosen’s phones, and the Podesta emails regarding Hillary Clinton.

“It’s interesting how there’s sort of a double standard with when the leaks occur how much outrage there is,” he said.

“There is a massive, massive difference” between John Podesta’s personal emails and the most recent CIA revelations, Spicer added later, calling out Democrats for what he sees as their hypocritical reactions to the two situations. “It’s interesting that we’re hearing not as much outrage now when it comes to some of our issues of national security.”

The US may not be the only country to open a criminal investigation into the document release. Germany’s chief federal prosecutor is also weighing such a probe.

“We will initiate an investigation if we see evidence of concrete criminal acts or specific perpetrators,” a spokesman for the federal prosecutor’s office told Reuters. “We’re looking at it very carefully.”

Berlin has generally been in close contact with Washington over such issues, a German Foreign Ministry spokesman said. Chancellor Angela Merkel is set to meet with Trump in DC next week.