In an interview with Sputnik on Wednesday, Hussein Diab said that the water supply was restored on Tuesday after workers repaired the local pumping station damaged by the militants. 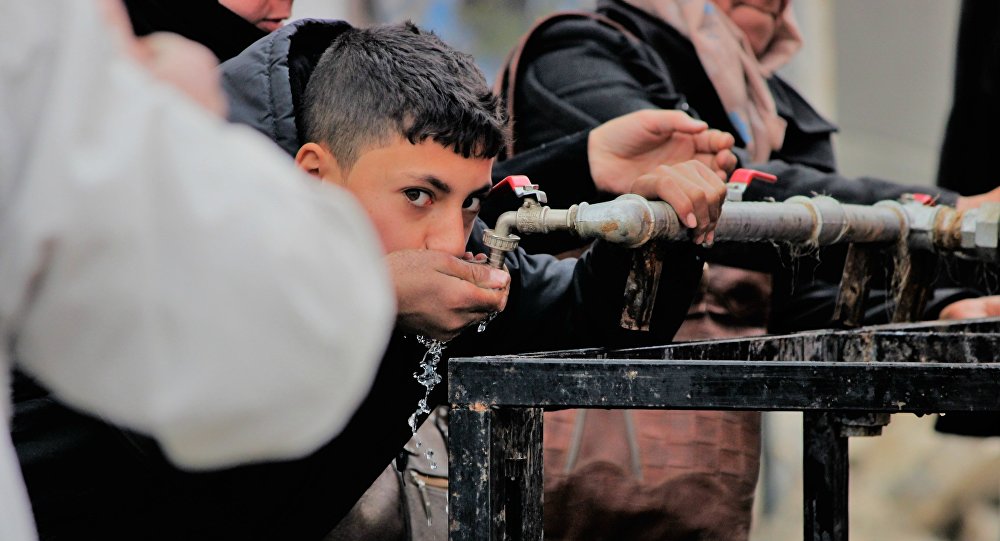 Just a few hours later, however, the jihadists cut off the water flow at a village pumping station at Al-Khafseh in the east of the province, which supplies water for the city.

The governor said that after the arrival of Syrian Red Crescent representatives the authorities would look for alternative ways of supplying water to Aleppo residents.

According to an earlier UNICEF report, there are 1.8 million people in and around Aleppo suffering from shortages of drinking water.

UNICEF representative Christophe Boulierac said that children were the main victims of such outages having to line up for hours to get some water amid continuing missile strikes by Daesh terrorists.

According to Hussein Diad, the jihadists originally cut off the water supply to the city on January 14 in a bid to undermine the locals’ “supportive stance towards the Syrian Army.”

The governor added that the government was making every effort to restore water supply and planned to dig dozens of new wells to provide clean water for local residents.

The Syrian Army has captured dozens of local villages from Daesh over the past month and the terrorists retaliate with water shutdowns to the area.