The divisive new secretary of education of the US was briefly blocked from entering a Washington, DC, public school by protesters chanting “shame” and other rebukes. 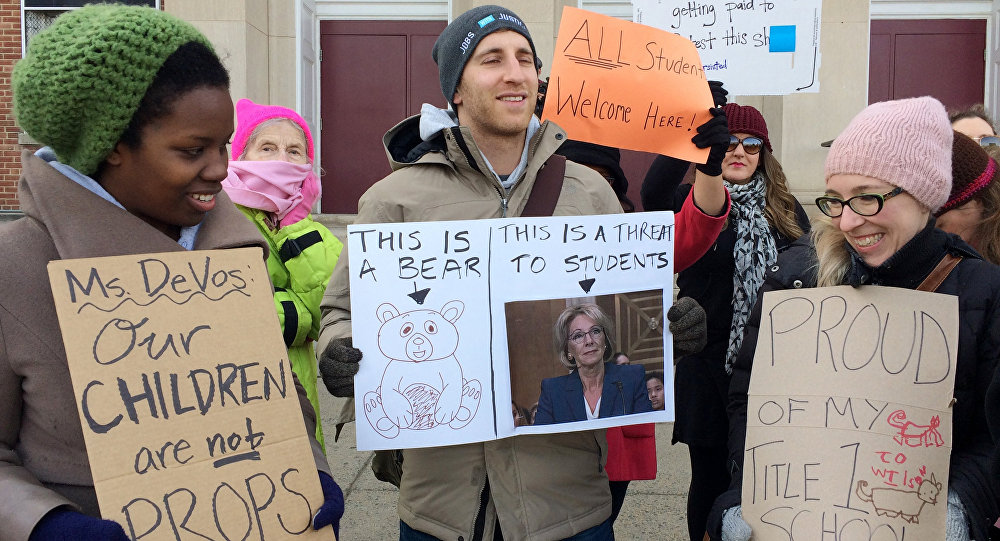 Betsy DeVos, the billionaire Republican and big-time GOP donor who champions charter and private schools, was prevented from entering Jefferson Middle School in Southwest DC when protesters refused to get out of the way for her to use a back stairway. One also briefly refused to make way for her car to back out of the school driveway, according to reports.

The visit, DeVos’s first since her confirmation, drew a small crowd of protesters with signs supporting public schools, which DeVos is seen as hostile to. One DC teacher at the protest told the Washington Post, “Betsy DeVos does not represent our students or our families here in DC. She doesn’t have our best interests at heart.”

DeVos has never attended public school, sent her children to public school or worked in education. During her confirmation hearing, she appeared uneducated on important federal laws regarding education, particularly laws protecting the education rights of disabled individuals.

DeVos was confirmed with a historic tiebreaking vote by Vice President Mike Pence earlier this week after Senate Democrats spent all night on the Senate floor to try to prevent the confirmation.

The American Federation of Teachers called it a “sad day for children.”